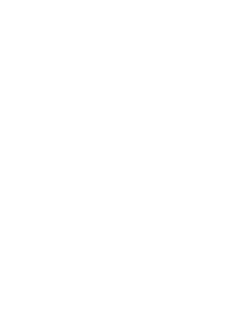 ‘It was like stepping into a fairytale, so completely different to anything I had ever seen before’ said the priest Gustaf Ankar on his first visit to Tjolöholm. The year was 1904, and the castle, church and worker’s village had just been completed. Blanche Dickson, widow of the wealthy businessman James Fredrik Dickson, lived in the magnificent castle. In six years she and the young architect Lars Israel Wahlman (1870– 1952) had created one of Sweden’s most remarkable buildings.

The Tjolöholm estate dates back to the 13th century, when it was mentioned in the Danish King Valdemar’s land registry. Through the following centuries it was owned by many distinguished families. In 1892 Tjolöholm was bought by James Fredrik and Blanche Dickson. There they created what was once the largest stud farm in Sweden, where they bred and reared renowned thoroughbreds. There was also a driving school, where future coachmen and drivers were educated.

When they bought the estate there was an existing manor, built in the Italian Renaissance style. It was only thirty years old but already in bad condition. In 1897 the Dicksons set up a competition for a design of an Elizabethan Castle. Wahlman’s entry ‘Hobgoblin’ came in second place, but it was he who received the commission. The majority of his inspiration came from the Arts and Crafts movement’s fondness for natural materials and high quality artisan handcrafts. Though Wahlman was clearly inspired by the British ideals he never actually visited Great Britain until 1900.

Shortly after the building work began James Fredrik Dickson passed away. He died of blood poisoning, which he had contracted by wrapping foil from a bottle of wine around a cut finger to stop the bleeding. Blanche Dickson continued the castle’s building work and in 1904 the castle was finished, and the old manor pulled down.

The castle’s building plan is creative and complex. The building is carefully divided in different sections for nobility, guests, children and servants. Both the interior and exterior of the castle are very detailed, and display a high level of quality handicraft. The Elizabethan façade has hints of Art Nouveau style, and the flowing lines and stylised flower and plant themes reoccur throughout the whole castle.

Blanche Dickson also built a village with worker’s cottages in the National Romantic style. Her unquenchable ambitions turned the estate into a complete community. She built a castle church, and a town hall where the estate’s workers could meet. The estate evolved into one of Scandinavia’s leading Arts and Crafts properties.

In 1906 Blanche Dickson travelled to Ceylon to visit her brothers, who ran a tea plantation on the island. On the long boat journey home she contracted dysentery and died, in the middle of the Indian Ocean.

Tjolöholm was left to the couple’s daughter Blanche, and her husband, the Count Carl Bonde. The couple and their four sons lived on the estate until the pair separated in 1920. After the divorce Blanche Bonde spent her summers and weekends at Tjolöholm, and the winter months in Stockholm. In 1951 the Countess moved away from Tjolöholm for good. The castle stood unused, and deteriorated gradually. After her death the estate was bought by Gothenburg City Council, and was opened to the public. Since 1987 the castle has been part of a trust fund, with Kungsbacka municipality as the responsibly authority.